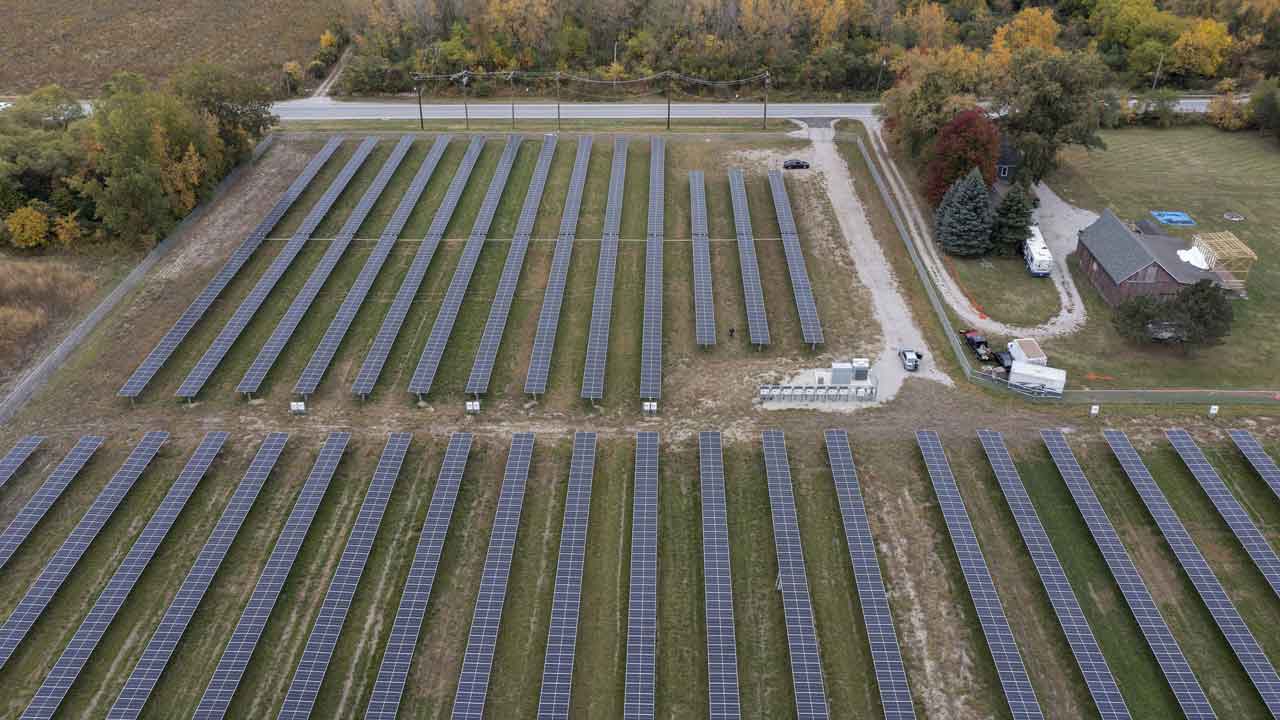 A local jurisdiction in Northern Virginia came the closest to rejecting a clean energy development plan to build a massive 149-megawatt solar facility on a sprawling parcel of farmland for the third time in three years.

The Culpeper County, Virginia, planning commission, a nine-member panel that reviews the county’s zoning and development proposals, voted unanimously during a public hearing last week to recommend that the board of supervisors reject the facility’s proposal. During the meeting, both residents and commission members expressed concern about the size of the project and its agricultural implications. and environmental impacts.

The Maroon Solar project was first proposed by North Carolina-based power developer Strata Clean Energy in 2020. The company withdrew its original application after intense pushback from locals and submitted an amended proposal in 2021. After After the county turned it down, Strata came back with its third proposal last year.

“We advocate for solar power in covered parking lots along highways, on marginal vacant lots, or on land in industrial zones,” Susan Ralston, founder of the Virginia-based group Citizens for Responsible Solar, told Fox News Digital in an interview. “But what we don’t want to see is large tracts of farmland, agricultural land and timberland being taken away.” [agricultural] use and use for solar energy”.

The photos show water runoff in Culpeper, Virginia, near the proposed project area, during a 2020 storm. Opponents of the Maroon Solar project say the runoff would get worse because of the project and could contaminate the water.
(Citizens for Responsible Solar Energy)

Ralston, who spoke at the hearing last week, founded Citizens for Responsible Solar in 2019 to help equip local solar opposition efforts with resources and information. The group has actively supported grassroots movements against the development of solar installations, including the Maroon Solar project and others in Northern Virginia, on rural properties.

“It’s like a cash incentive, it’s like a bribe. You know, ‘if you approve our project, we’ll give you $4 million in cash once it’s approved,'” Ralston said. “They’re going to throw so many incentives at our board to ignore the policy and ignore what the residents want. There’s just a lot of money at stake.”

During the hearing in January. On January 11, several local residents raised concerns about the project, echoing Ralston’s concerns.

Among the main objections to the project was the potential environmental impact of water runoff that could disturb Agriculture production In the area.

“I’m from a family of farmers and maybe I bring some kind of perspective to the flooding,” William Foshay, a local farmer, told the commission during the January 1 meeting. 11 audience. “It’s a wet area with highly productive soils. In an average wet year, we put the corn in the ground in mid-May. If we’re dealing with a huge amount of impervious soil [solar] panel coverage and a large amount of tree felling, the subsoil will remain impermeable, runoff will be substantial.

“In just an average wet year, it means the soils won’t go into them until June,” he added. “Also, during the really bad years, you’re going to see enormous sediment runoff. You’re going to see huge amounts of erosion that permanently endangers productive farmland.”

Josiah Wilkes, a young resident who was accompanied by his father, told the panel the project was about “the money that some people would make” from it.

“I think solar panels would be really nice on top of office and hospital buildings and even on top of people’s houses,” Wilkes said. “Can we keep our farmland for the cows, crops and forests? Farmers need to grow the food and wood we all need. We don’t have to be like other Virginia counties who want money from data centers and fields solar”.

Wilkes’ father, Joshua, added that the proposal would benefit “a select few landowners who will pocket money” while having the potential to cause “disastrous environmental problems and waste of the land.”

Sarah Parmelee, a local landowner and member of the Piedmont Environmental Council, wrote to the commission earlier this month, arguing that the proposal would “destroy almost 1,000 acres of forest.”

In addition to the environmental impacts, the planning commission voted against the proposal because it violated county law. solar development policy approved in October 2019. The policy limits solar projects to 300 acres and requires certain limitations on disturbances caused by the construction of such facilities.

However, the project would span 671 acres of farmland and construction would affect surrounding property owners, the commission concluded.

“Staff cannot recommend support of this project at this time as proposed, as it does not closely align with the county’s most current utility-scale solar policy.”

clean energy strata did not respond to a request for comment.

Thomas Catenacci is a policy writer for Fox News Digital.