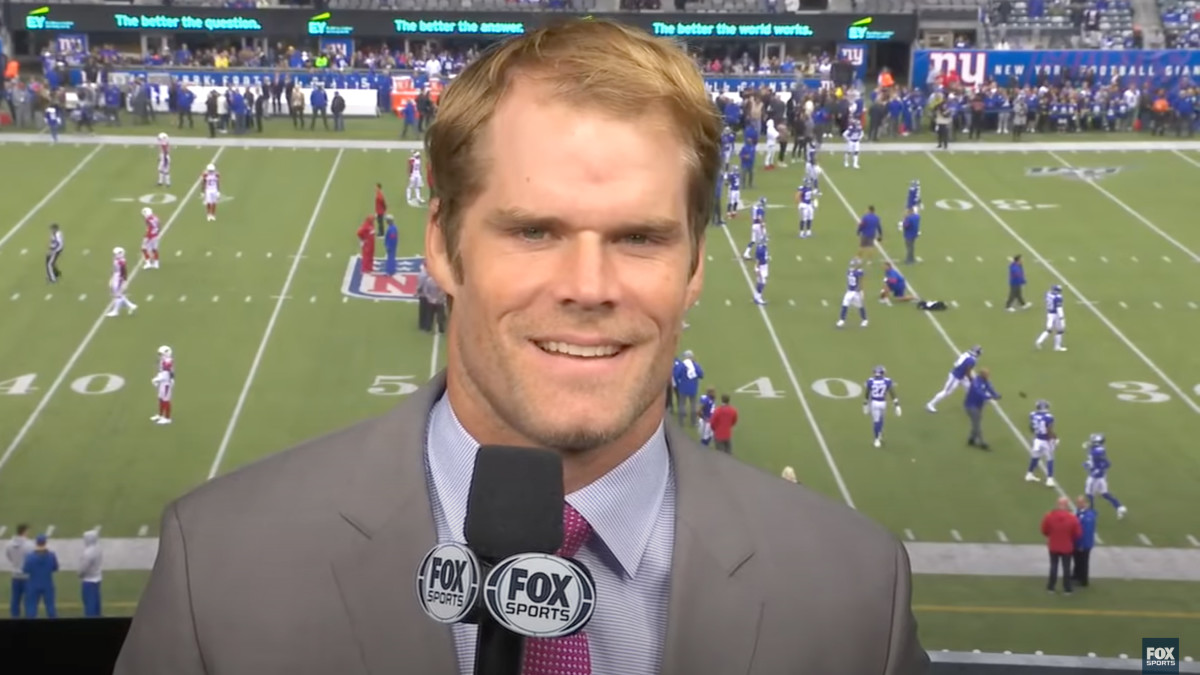 one. “Fine. Bank me. But I’m going to make it very difficult for you to bench me.”

That was Fox NFL analyst Greg Olsen on tea SI Media Podcast a little over a month ago by discussing the possibility of Tom Brady replacing him in the booth whenever the legendary quarterback retires.

Two weeks into the NFL playoffs, Olsen will clearly make it “very difficult” for Fox to bench him.

Although we’re working with a small sample of games, Olsen has had an outstanding postseason and is poised to gain even more viewers thanks to Fox airing this year’s Super Bowl.

Olsen really showed off his chops in the final three minutes of the Niners’ win against the Cowboys on Sunday. Most analysts fail late in games because they don’t understand clock management and timeout strategy. Olsen, meanwhile, couldn’t have been more in the know.

As the Cowboys made their final drive of the game, Olsen pointed out, after a completion near midfield, that even though Dallas tight end Dalton Schultz went out of bounds, the clock hadn’t stopped because he didn’t he was advancing when he hit. Sideline Olsen also criticized Cowboys coach Mike McCarthy and the Dallas players for not trying harder before a late punt to save time on the clock. And in his prime, Olsen pointed out that McCarthy needed to call his timeout before, not after, the two-minute warning, a coaching tactic most NFL analysts (and coaches) fall for. they are wrong.

Whether someone enjoys a station is entirely subjective. My top two criteria for anyone in the cabin are (1) Don’t bother me; (2) getting the strategy right. Olsen is two for two.

It is also very easy to listen to. He doesn’t talk too much, he doesn’t try to act like the audience is stupid and he’s a football genius and he’s not afraid to criticize the players and coaches.

If anything, I’d love to see a bit more of Olsen’s personality. At one point during the Dallas-San Francisco game, Olsen’s teammate Kevin Burkhardt revealed that Olsen had been belting out some Rihanna songs during one of her car rides over the weekend. He was very curious as to what Rihanna songs Olsen had playing. I would have liked to have heard Olsen drop a couple of bars as well, but I can understand why that might have been too much for some viewers.

This is where the Brady conundrum comes into play. If the GOAT decides he’s done with football, he’s got a $375 million contract with Fox that requires him to become their number one analyst.

Will Olsen’s appearance force Fox to go with a three-person booth? Could Fox put Brady in the studio and make him a part of NFL Fox Sunday?

I think at this point, Fox would have to have Brady join Burkhardt and Olsen. If Fox demoted Olsen, who is becoming a fan favorite, for Brady, the network would set Brady up to face major backlash.

This is what Olsen said during that SI Media Podcast appearance:

“Fox believed in me more than any other network. On some of the other networks, we danced and there was some interest, but nobody like Fox. So I only have positive things to say about my entire experience with the folks at Fox. I look forward to working with them for the next 20 years. I just hope it’s with the A team.”

It’s hard to imagine at this point, especially if he has a great Super Bowl, that Fox could drop Olsen from the A-team.

2. Dak Prescott was the subject of many harsh tweets Sunday after throwing two interceptions in Dallas’ loss to San Francisco, including from the COWBOYS’ OWN SOCIAL MEDIA TEAM!

3. I was surprised that more wasn’t done Sunday about Niners kicker Robbie Gould, who saved his team’s lead in the fourth quarter simply by turning his body into Cowboys kick returner KaVontae Turpin, who was on his way. to a TD that tied the game. It’s crazy that this was the “attack” that brought Turpin down.

Four. You know the old adage, “you gamble doesn’t pay”? Don’t tell that to this guy who turned $5 into over $72,000 this weekend by correctly predicting the first touchdown scorer in all four playoff games.

5. Is this the way Travis Kelce treats the best quarterback in the NFL?

You can listen to the podcast below or download it at Apple, Spotify Y Google.

You can also see the SI Media Podcast in Youtube.

7. RANDOM VIDEO OF THE DAY: Tea royal rumble It’s this Saturday and as one of WWE’s signature pay-per-views, the event has seen numerous memorable moments over the years. Throughout the week, I’ll be featuring a few of those here. Today we start with the best royal rumble never go in and out.

Be sure to catch up with previous editions of Traina Thoughts and take a look at the Sports Illustrated Media Podcast hosted by Jimmy Traina on Apple, Spotify Prayed Google. You can also follow Jimmy on Twitter, instagram Y Tik Tok.