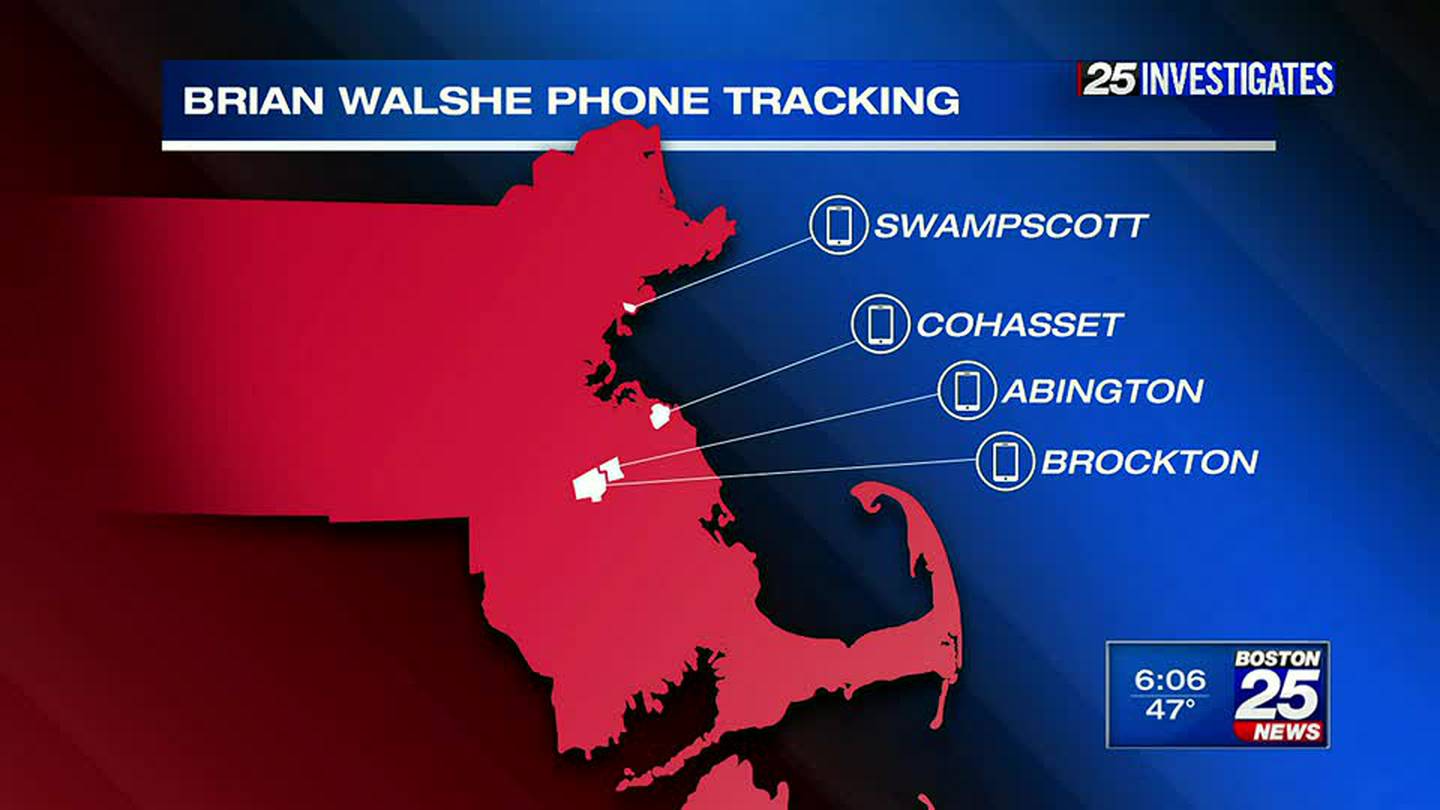 COHASSET, Mass. — The case against Brian Walshe includes Google searches, cell phone location pings and surveillance video. It’s all part of the growing body of digital evidence being used to prosecute Walshe accused of murdering his wife and disposing of her body.

The field of digital forensics began in the 1980s and has become a routine part of police investigations.

“Many things that we could never do before or things that would be very difficult to do before are much easier. For example, it’s much easier to locate people using their mobile devices,” said Joe Caruso, founder of Global Digital Forensics.

According to prosecutors, cellphone location pings allowed police to track Walshe’s travels in the days after he was believed to have killed his wife on New Year’s Day. In several cases, surveillance cameras at the locations Walshe visited recorded what he was doing.

Walshe’s phone rang near the dumpsters of an apartment complex in Brockton and Abington on Jan. 3, according to Assistant District Attorney Lynn Beland.

Police pulled surveillance video from the Abington location which, according to Beland, shows: “He walked to the dumpster with a bag of trash. He is leaning. He seems to be heavy, since he has to throw it in the dumpster.”

On January 5, Walshe’s phone was traced to a dumpster at his mother’s apartment in Swampscott.

According to investigators, a search of dumpster items at a Peabody garbage facility turned up a hacksaw, a blood-soaked rug, an ax and used cleaning supplies.

One of the searches was: “What happens when you put body parts in ammonia?” according to the prosecutor.

A physical phone may not even be needed for the police to examine you.

This is a developing story. Please check back for updates as more information becomes available.