An iPhone reports a crash that never happened 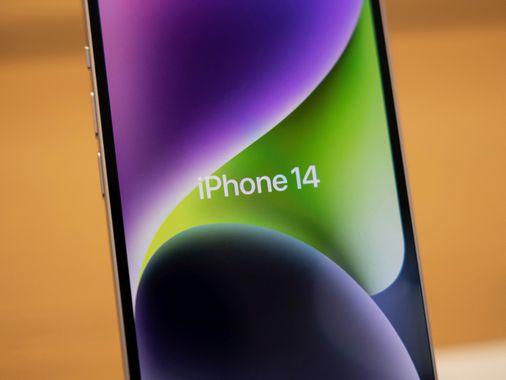 Every day, police officers respond to reports of all kinds of events and non-events, most of which never make the news. Here’s a sampling of lesser-known, but no less notable, incidents from police log books (aka blotters) in our suburbs.

On the morning of December 6, Bedford Police dispatch received an automated message that an iPhone was involved in a crash in the area of ​​394 North Road. When the number was called back, the person who said they answered dropped their cell phone and autodialed and there was no emergency. It turned out that your iPhone has a fault detection feature, which is available on newer iPhone and Apple Watch models. According to Apple website, the crash detection feature is designed to detect “serious motor vehicle crashes, including front, side, and rear impact collisions and rollovers, involving sedans, minivans, SUVs, pickup trucks, and other passenger cars” and automatically calls emergency services afterward. of a 20 second delay if it does not receive a response from the user. In this case, it was just a false alarm.

Shortly after midnight on January 1. 7, Stow Police received a call from a person who was concerned about cows roaming Pilot Grove Farm after dark. Police spoke to the farm owner, who explained that the cows were free in the fields and could come and go from the barn. The owner told the police that she would check on them to make sure everything was okay, just to be sure.

At 9:18 a.m. on December 16, bridge water police I received a call from a man in Central Plaza who said another man “didn’t like the stickers he had on his vehicle” and threatened to hurt him.

At 3:48 p.m. on December 17, hingham Police received a call from someone on Andrews Isle Road reporting a bird trapped in their chimney. It turned out to be a woodpecker. According to the log entry, the officer who responded to the call said the woodpecker was “successfully removed and shipped.”

BE CAREFUL WITH THOSE PIPES

At 9:58 a.m. on December 13, hingham Police received a 911 call from someone near the Stars on Hingham Harbor restaurant who said they saw a small black Toyota driving by with pipes sticking out of the rear window, and the pipes were so long they nearly hit other vehicles. The caller told police the Toyota was headed toward the Route 3A traffic circle. According to the log entry, the two posts protruded 5 feet from the window and nearly collided with oncoming traffic. The poles nearly hit a box truck as the Toyota was passing through Rockland Street, and the “poles have moved and don’t stick out as much,” according to the record. The Toyota eventually ended up in Hull, and a responding officer reported that the posts had been fixed so they didn’t stick out as much anymore.

At 9:01 p.m. on December 12, hingham Police responded to a 911 call from someone in the vicinity of Patriot Cinemas on Shipyard Drive who saw a man slumped over the wheel of a truck. The caller told police the driver appeared to be breathing, but when they tapped on the window he was unresponsive. First responders who arrived on the scene reported that there was nothing to worry about: the man was napping in a U-Haul truck while he waited for his wife to get off work.